We watched it for some time, several months, even more, because as a boy among friends we also went to San Pantaleo to climb, then we were a bit ‘reckless, without technique and without fear.

Not long ago I had seen the photos of Francesco Angioni and then in recent months those of the groups of Antonello Azara, Corrado Conca and others that have followed with spectacular images of what many mistakenly define the “mouth of the shark”. In reality, the owners of the stature Li Pinnitteddhi ,; what is below, they always call it: the Conca Manna! The one who calls it, the mouth of the shark, refers to a trad route, opened in the 80s that, looking downstream, rises on the left walls of the big cave. 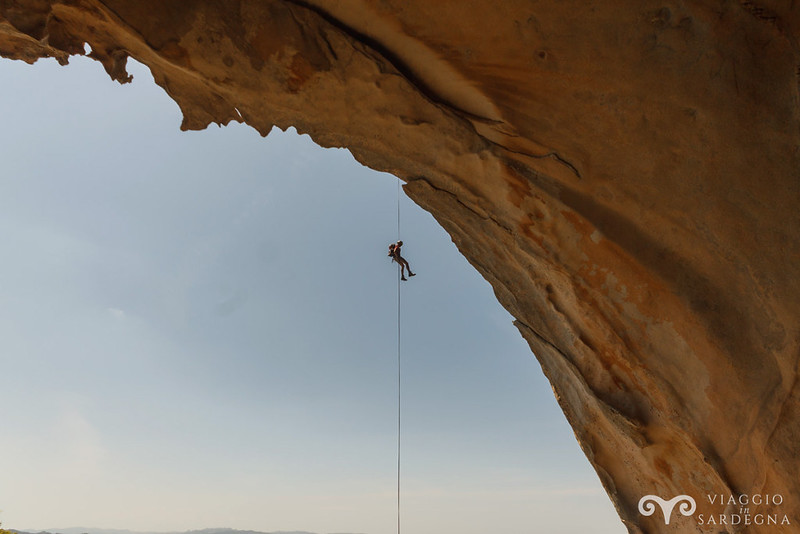 San Pantaleo is a fraction of Olbia set among granite pinnacles carved by the wind, such as Balbacana, Punta Scala Mpedarda and beyond. They are real jewels and are also noticed from a great distance so it is clear that from the top of these rock formations you can admire a truly remarkable panorama. This for me and Sara was another of the reasons that led us to this trek: the desire to take some pictures in an unusual and fascinating place, discovered and equipped for the first time by Massimo Putzu and subsequently rearranged by Francesco Angioni and Antonello Azara .


Exactly a week ago in Monte Moro, we were about to do some training on some beautiful climbing routes and by chance we met Angelo Azara during one of his mountain bike explorations. Angelo together with his brother Antonello is one of the architects of these beautiful climbing routes on granite but also one of those who have worked hard to keep the route of Scala Mpedrada in efficiency.

We knew each other by name but, as we have also seen with other well-known people from the outdoors in Sardinia, we had never met in person. A few minutes were enough and in a quick chat, friendships, places and people in common came together and the information we lacked to really reach the goal we had set ourselves.

Saturday morning we checked the equipment, loaded the backpacks in the car and after a providential stop to make water reform at the fountain of San Pantaleo we parked at the Stazzu Manzoni, double checked backpacks and equipment and we took the path at 10 am : 00.

The approach is all uphill, sometimes in a very beautiful forest, you can reach the pitches of the charcoal burners from time to time and as you climb up, in the points outside the woods the show begins and then shows up once you reach the top .

After the trail, continue along a gully following the stone “bamboline” alternating steep ascents to real (but easy) climbs, up to the point where fixed ropes lead to the summit.

Here begins the really fun part of the whole story: a succession of very tight descents where the arrival of one is the beginning of the next, interrupted only by the stop in the tafone and the next gully. All the blinds are blind, the first one descending sees the stop only at the last moment and this makes everything much more exciting.

Just at the first jump that is shorter than the others, Sara has passed the stop and therefore had to go back in adherence for several meters. He went down in a double rope and had to make a locking key on the descender and slowly go back up and retrieve rope. In this case it would have been easier to go down in single, even unlockable, as we do in canyoning, which makes it easier to make a hoist and recover from above.

Me, meanwhile, I was going to the arm instead, I saw my Citizen Promaster Aqualand II fly down, broke a pin of the bracelet and it was not possible to recover it, who would find it even if broken it would be nice if it got me back: it was a memory.

I was rather nervous about the mishap and the first and second jump I did not really enjoy them but when I got on the tafone I recovered. Sara fell first in the first three sets with a self-locking kevlar lanyard for greater safety and in the tafone it seemed to fly, the support of juniper wood to avoid damaging the rope that is also seen in the video is a cutthroat, stuff luxury that only here in Costa Smeralda could imagine.


After leaving two lines on the book on the way we left and here I went first, which is the condition that I prefer, being in the arm always puts me a bit ‘of anxiety but it is also right to cover all the roles if you he wants to improve. Even here blind jumps because being placed granite forms that classic belly that does not really show you what’s underneath until you arrived and cabbage seemed almost that the rope was not enough, fortunately it was just an impression: it comes right just.

After the sixth jump we have an avoidable stretch with a guided descent which, however, being only two of us did not make much sense to achieve. Consequently we have faced a short exposed and unprotected to get to the crosspiece with steel cable, the cable is quite loose but the fall factor is basically zero because you travel hanging on the cable, so in case of slip absorption is guaranteed. For the passage of the anchors, as can also be seen from the photos we had double lanyards that we usually use in canyoning, the sink that we use in the railways is not needed in this case.

Once the cross is finished, a fixed rope is used to reach a tafone (smaller) and then we continued by following the dolls up to the path for the return.

As we descended, however, I saw the wall next to me and I realized that we were missing three falls, which can be reached by climbing to the right of the tafone where the fixed rope ends. we’ll do them next time.

As we often do, we wanted to summarize in a brief description the essential information, then we must remember that it is a difficult path that requires the use of the ropes and an adequate knowledge of the techniques of rock climbing. If you do not have these skills but you want to do the same this experience is essential to contact competent guides, some names we have even done before. 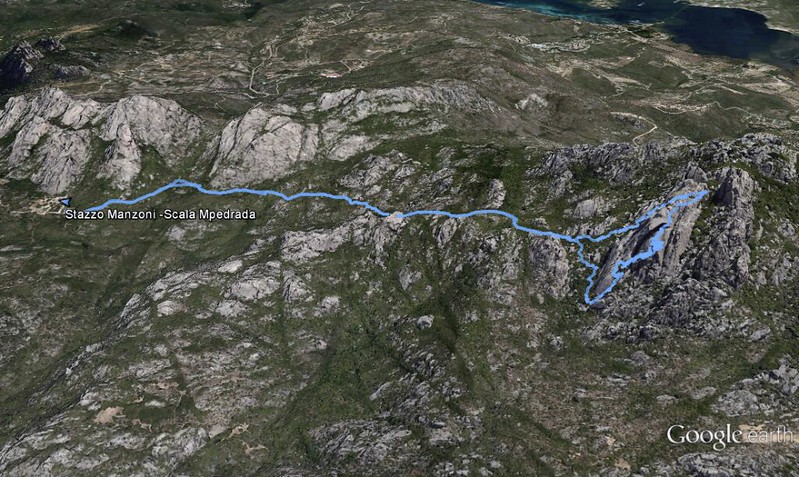 Here we are then arrived at directions and recommendations:

We reached the summit after about 2 hours, of which the good part on the trail. Then continue with an easy climb in some parts equipped with handrails.

Very important if you deal with water in summer and bars or other food.

The descent is divided into 9 falls and a 70 m rope is sufficient if you have two strings and some jumps can be joined.

The first jump (n.9) is reached by a small cableway (but just 2m small) on steel cable, after a small descent equipped with fixed rope. 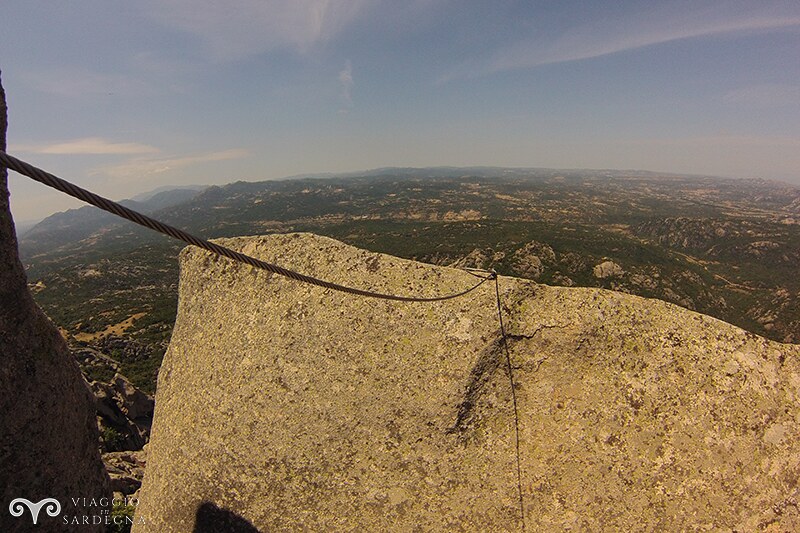 The point where the cable comes is a granite blade on which it is comfortably astride. From there it’s quiet to prepare the descent and above all enjoy an unforgettable view. Attention to the descent, always check well while descending where the weapons are located (usually on your right side compared to the vertical). 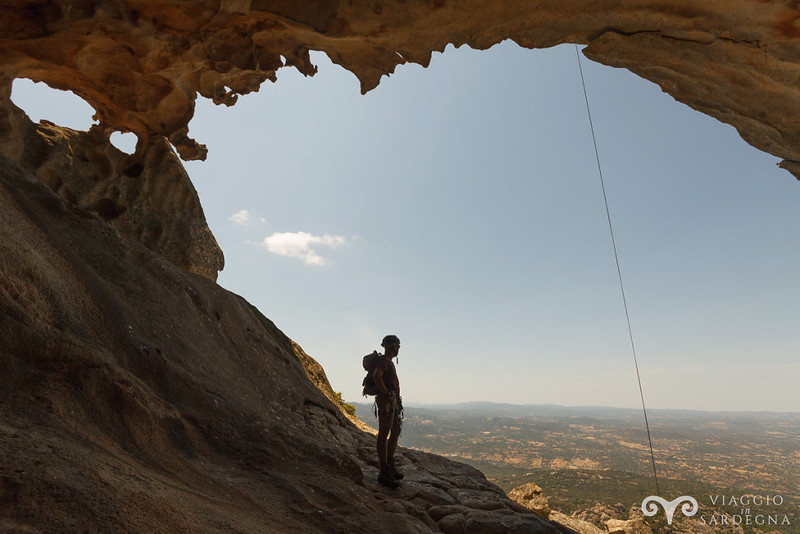 From the tafone you face two more blind jumps, that is, you do not see the stop until the last moment and if you want you can also join if you have two ropes of at least 60 m. Then you find yourself inside an avoidable gully by setting up a guided descent, or as we did that we were only two, continuing with great care because there are unprotected exposed points and you get to a long traverse on steel cable. 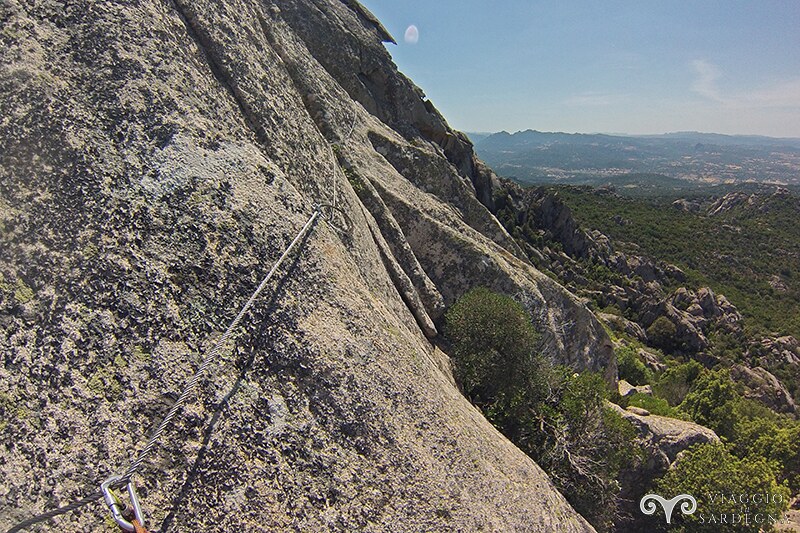 After the last fixed rope there are two options, going straight you face the return path or a small climb on the right leads to the last 3 jumps that lead back to the trail.

Total distance, taking into account some inaccuracies of the GPS that in some cases lost the signal, about 6 km A / R from Stazzo Manzoni.

Do not forget to leave your signature on the street book placed inside the tafone, where among other things you will also find interesting information about who has equipped this beautiful route. 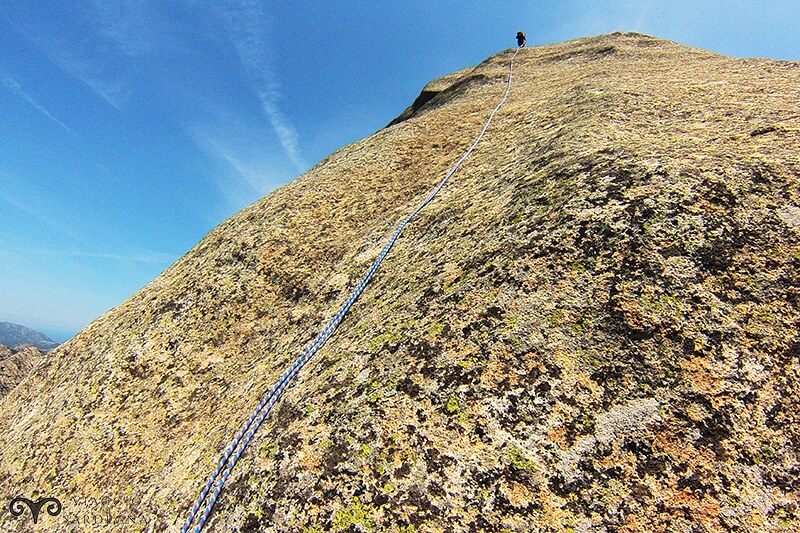 And finally a bit ‘of photos and the video of the descent in the tafone, which we hope give the idea of ​​what emotions can be felt on the Gallura granite. 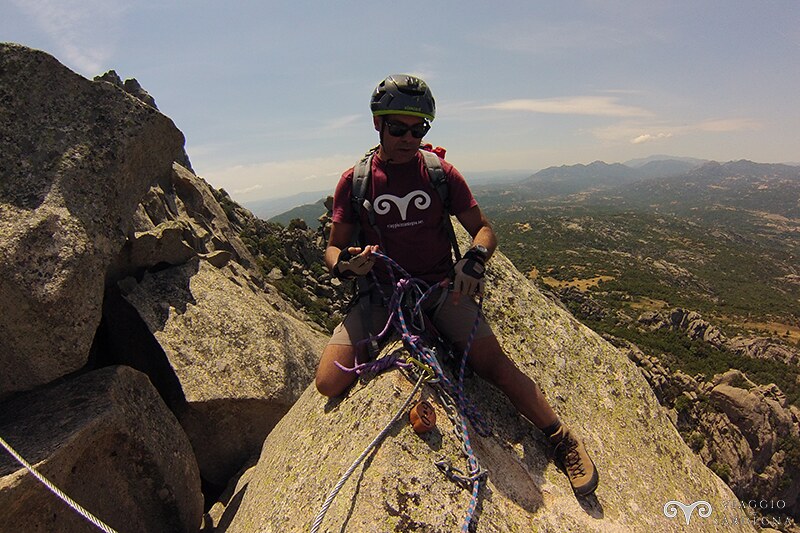 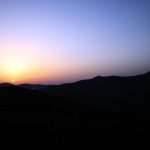 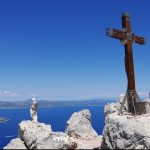 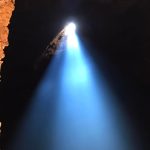 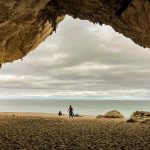